Performing at Smart Bar in Chicago with Miles Maeda!

0
by jackola in DJ Gigs 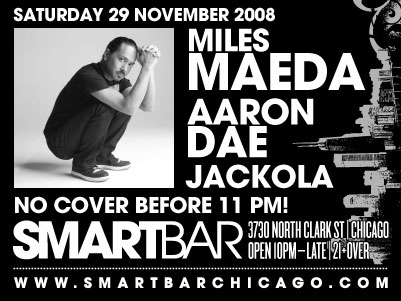 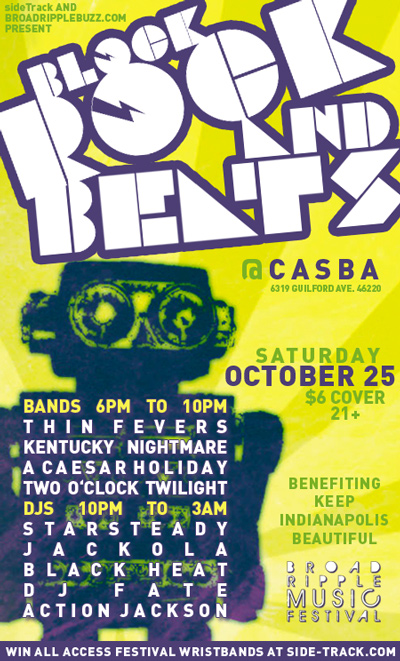 The Casba just reopened after a total gutting and renovation! Come check it out and get down in Broad Ripple.

There are 16 other stages, but this is the place to be for beats!

Here at my workplace we started a huge festival last year in Broad Ripple in Indianapolis, IN. The festival featured lots of bands at several venues, mostly covering indie rock, but also hip-hop, electronic and acoustic.

This year we’re at it again with 15 venues and non-profits and loads of bands and DJs.

Here’s a flyer for the festival. 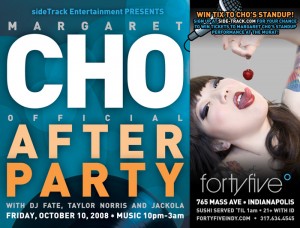 With passion for electronic music and experience dating back to 2000, DJ Fate is sure to move the dance floor. Though primarily mixing house music, you might also catch her playing techno, fidget, tech-house, and/or breakbeats. She has played at events alongside: Translucent (Jason Tyler), DJ Sage, George Acosta, Ferry Corsten, Keoki, and Juan Atkins, to name a few.

Another group that includes DJ Fate is The Goddess Complex, a collective committed to promoting female artists for talent as opposed to novelty, and giving support to the talented sisters out there.

Known today for his smooth mixing and creative track selection Taylor Norris began his musical journey at a young age. Encouraged by his parents to get involved in music, he learned to play several instruments while growing up in Indianapolis, IN. After building up an interest in DJâ€™ing he decided to buy some gear and a few hip-hop records to experiment with. He quickly became infatuated with mixing beats and in 1996 attended his first house party where he was exposed to what would quickly become his obsessionâ€¦.house music.

Over the years Taylor has traveled around the mid-west playing several events along side some of the biggest names around including Dave Ralph, Slater Hogan, Bad Boy Bill, Christopher Lawrence, Chris Fortier, Adam Jay, DJ Dan, Paul Anthony, John Larner, Three, Paul Johnson, and Danny the Wild Child. For over a decade Taylor has been refining his skills on the decks and destroying dance floors by orchestrating hypnotic musical journeys. His styles range from clubby electro house and progressive to darker melodic and minimal techno.

Jackolaâ€™s musical style is eclectic to say the least. You may catch him playing dance rock and electro house between bands at a concert, or spinning funky house, tech house or minimal techno in other atmospheres. 2008 was a big year for him, playing major festivals in Louisville, KY and at Red Rocks Amphitheatre for Monolith Festival. Jackola has played alongside many internationally recognized DJs including DJ Shortee, JJ Flores & Steve Smooth, Mickey Avalon, Dirt Nasty, Tommie Sunshine, and Scotty Thomson.

Jackola and some long time friends founded sideTrack Entertainment in February 2007. The group started booking and promoting a weekly electronic night called PLUSH on Thursdays at Therapy Nightclub & Lounge in Indianapolis, IN. The night, which went strong for over 9 months, booked over 50 quality, up-and-coming DJs.

Jackola is also one of the founding promoters for the Broad Ripple Music Festival, a yearly festival featuring hundreds of bands on 20+ stages that benefits 20+ non-profits. He also writes a monthly column, â€œDiscopolisâ€, for NUVO Newsweekly that covers dance and electronic music in Indianapolis.

Be sure to enter the contest for free tickets to Margaret Cho’s Standup Performance at the Murat: